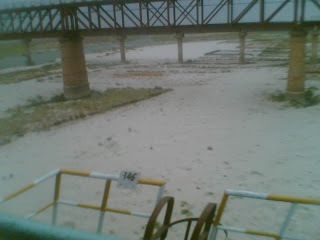 IS SPRING FAR BEHIND?

My springtime has not been very long back. It has been only thirteen years since I passed out of the University, and eighteen, since I passed out of my teens. It isn’t such a long time - or is it! – looking at the Valentine brouhaha. Spring(basant) in our culture has its associations with love and merry-making, culminating in the festival of Holi. It evokes memories of my student-days when individual emotions could be privately celebrated without caring a fig about the moral police if only one could somehow manage to dodge the family members.
The relative closeness between the two genders in terms of physical space was still less and girls pillion-riding with a non-relative did raise eye-brows. But falling in (puppy) love, which happened ever so often, was fun. The mere presence of someone from the opposite gender permeated the atmosphere with a certain indescribable excitement. All those formative years spent in a single-gender missionary school made the opposite sex seem so strange. The identity revealing cell-phones and the caller i.d.’s were still a few years away , and one could have the pleasure of hearing one’s flame’s voice over the basic phone without getting identified. Being identified involved the risk of rejection by one’s secret love, and so, remaining incognito could let one have that ray of hope alive forever. That split second exchange of a furtive glance, the stammering first conversation, those unsaid rendezvous of the neighborhood grocery shop, the university library and the lane near her house. The goose-flesh one had when she got touched accidentally while handing over a book or a pen. Those ingenious tricks to somehow get acquainted to her and begging help from one’s sister, friend’s sister and class-mates for this favour. Those deliberate checking of the bicycle chains and petrol in the scooter while waiting for her to pass by was permeated with a sensibility and an emotion of which romance is made of. Do today’s valentines riding the fast lane of life , fraught with increasing calls of competition , casual inter-personal relations , decreasing spans of attention and, when genders are not so strangers to each others, possess the same degree of romance as we did, I wonder!
The present generation might be having its own definitions of romance which, of course, they have every right to. But , perhaps, the celebrations should not be limited to a single day. Shouldn’t the emotion of love, which is ever-present in all of us, be celebrated every day, and can’t we profess that Valentines day is but an occasional episode in the general drama of spring?
Posted by SKAND at 2:25 AM 2 comments: